John Stuart Mill wrote: “For what reason ought equality to be the rule in matters of taxation? For the reason that it ought to be so in all affairs of government. A government ought to make no distinction of persons or classes in the strength of their claims on it.”

“To hide unreported income from auditors, taxpayers in some settings must affirmatively falsify routine records, keep multiple sets of books, misclassify transactions, create false documents, and the like. In other situations, taxpayers may be able to simply ‘forget’ to record ‘naturally’ less visible income-generating transactions.” -- Robert A. Kagan

Contents
Chapter One - Tax Cheating—the Problem
• Introduction
• Tax Cheating
• Tax Fairness
• The Meaning of Cheating in Tax
• Tax Fraud
• Penalties and Deterrence
• Cheating—Specific Characteristics
Chapter Two - The Tax Gap, Tax Protestors, and Small Business
• The Voluntary Tax System
• The World of Tax Protestors
• The Gaping Tax Gap
• Small Business and the Tax Gap
• The Broken Window of Opportunity
Chapter Three – Tax Complexity
• The Complexity Problem
• Is Complexity to Blame?
• The Moral Dilemma
• Non-voluntary Taxation
• Complexity and Morals
• Is There Ever a Time for Draconian Measures?
Chapter Four – The Moral Duty to Obey the Law
• Morality and Legality
• Ethical Relativism and Absolutism
• The Role of Morality in the Law
• Moral Obedience to the Law
• The Ethics of Tax Evasion
• Justifying a Moral Duty
Chapter Five - Cheating, Competition, and Fairness
• Cheating and Competition
• Hand-to-Hand Combat
• Fairness and Equality
• Getting What You Pay For
• What if Everyone Cheated?
• The Uneven Playing Field
Chapter Six - Unintentional Cheating
• A Fork in the Road
• Fair Share Argument
• Unintended Cheating
• The Meaning of Cheating in Football
• Blaming the Messenger
Chapter Seven - The Courts, Equity, and Taxes Due
• Taxes and Equity
• Rules and Principles
• The Innocent Spouse Rules
• The Courts and Equity
• Equity, Subjectivity, and Negligence
• The Bankrupt Taxpayer
• Interpreting the Law—Transparency
Chapter Eight – Compliance, Complexity, Conscience, and Fairness
• The Moral Dimension of Tax Compliance
• The Matthew Effect
• Our Vision of a Fair Share
• The Moral Quality of Actions
• Enlisting Conscience in Reducing Tax Cheating
• Conscientious Objectors
• Civil Disobedience
Notes
Selected Bibliography Excluding Public Documents
Index

Tax Cheating: Illegal--But is it Immoral? 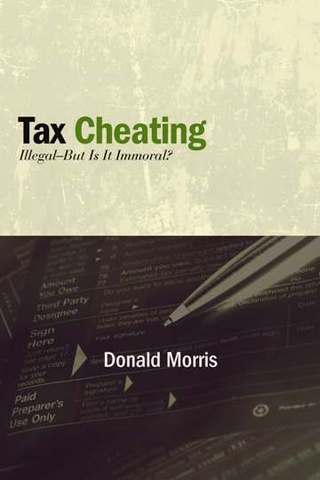 “Our revenue laws as a body might well be entitled, ‘Acts to promote the corruption of public officials, to suppress honesty and encourage fraud, to set a premium upon perjury and the subornation of perjury, and to divorce the idea of law from the idea of justice.’”
– Henry George (American political economist, 1839-1897)


This is not a how-to book. There is no shortage of advisers who can help taxpayers with the mechanics of tax cheating. This work is an ethical examination of tax cheating and its implications for public policy. A former IRS Commissioner noted that people have the ability to “compartmentalize morality—to be more ethical in some parts of their lives than in others . . . effectively separating tax cheating from other immoral actions and in the process, sparing himself or herself any guilt.” But asserting that taxpayers have this ability and explaining what it means, are very different matters. This book provides an interdisciplinary examination of tax cheating—combining insights from law, psychology, sociology, economics, and philosophy—and an explanation as to why it is not a proper object of moral disapproval.

Cicero, in On Obligations, wrote: “This is the aim and purpose of laws, to keep intact the unifying bonds between citizens.” The growing problem of tax cheating represents the severing of these bonds. 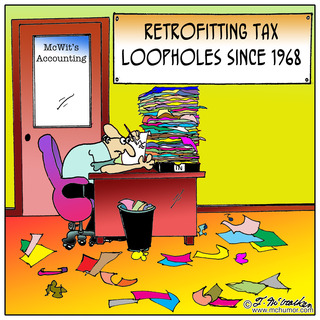 Uncertainty is antithetical to a sense of moral obligation to pay taxes, if the moral obligation argument rests on each individual’s paying his or her fair share. “The certainty of what each individual ought to pay is, in taxation,” according to Adam Smith, “a matter of so great importance, that a very considerable degree of inequality . . . is not near so great an evil as a very small degree of uncertainty.” Knowing how our share of the tax burden was arrived at—even if the amount is determined unfair—is thus preferable to the uncertainty of our current system in which any two taxpayers with the same spendable income are likely to pay different amounts of tax but for no explicable reason.

The goal of writing about the ethical dimensions of tax cheating grew out of my reaction to a public opinion poll I read in 1999. According to the poll, 87 percent of Americans believe that tax cheating is always wrong. That level of agreement among Americans led me to wonder what forces were at work—was it a high level of patriotism, a belief that the government employs its scarce resources wisely, or an acknowledgment of the value of the tangible and intangible benefits we receive in return for our tax dollars? I wondered how such a distasteful process as filling out a tax return and writing a check to the treasury could possibly strike such a powerful moral chord in that many people.

After ruminating on the question for a number of years, puzzling about where to begin to look for an answer, it occurred to me that there is simply a lot of confusion about taxes and about the origins of moral duties. Perhaps, I realized, I could attempt a clarification and exploration of the question that 87 percent of my fellow citizens apparently agree on—but with which I do not—to see where it led. In so doing I would need to define cheating in general and tax cheating in particular. I would also need to address the difference between a general moral obligation to obey the law versus a specific moral duty to pay the exact amount of income tax determined to be a person’s share by the elaborate machinations of the Internal Revenue Code.

Tax evasion has been the subject of research in law, criminology, accounting, psychology, and economics for many years. It is a crime with well-defined characteristics. More than one writer has addressed the ethics of tax evasion, some defending occasions when evading taxes is the morally proper thing to do. Unlike tax evasion, however, tax cheating is largely undefined and has been all but ignored by researchers. When mention is made of tax cheating in the literature or by politicians or the news media, it is either assumed that its meaning is commonly known and needs no explanation, or that it has the same meaning as tax evasion. The definition of tax cheating developed here, however, is considerably broader and more complex than the relatively well-defined concept of tax evasion. I argue that what constitutes tax cheating is every bit as complex as the tax laws being cheated.

Clarifying what activities are encompassed by tax cheating requires looking at the income tax system as a whole and evaluating the respective roles played by taxpayers, the IRS, the Internal Revenue Code, Congress, the courts, the economic and political ideologies that influence congressional thinking, and those who are paid to influence the legislative process. Understanding the moral quality of tax cheating requires an understanding of the contribution each of these elements makes to the system. A first step in addressing the problems of our current Tax Code involves understanding that the moral quality of cheating is determined by the moral quality of the rules being cheated. To the extent the current Code lacks any moral foundation, cheating its rules—while certainly illegal—cannot be immoral. To adequately comprehend the meaning of tax cheating in this way, it is necessary to evaluate the moral quality of our income tax system employing insights from law, economics, accounting, psychology, criminology, sociology, and philosophy.

After several years of seemingly unproductive reading and thinking about tax cheating, during the summer of 2007 I finally began to manipulate the parts of the answer I was looking for, gradually finding a place for each within the puzzle. During the next three years I arranged and rearranged the pieces to form a reasonably coherent argument about the lack of a moral foundation for paying income taxes under the current system. In so doing I concluded that it is not complexity itself that results in the Code’s lack of moral grounding, but unharnessed complexity beholden to no guiding principle or moral intuition; the parts of the Code have simply metastasized.

Since the 1930s there have been complaints in Congress that the Tax Code is too complex. But even if it were somehow possible to simplify the current Tax Code—getting back to the constitutional mandate to raise revenue for defense and the general welfare—continuing to ignore the systemic problems (most notably the self-assessment model) that encourage and enable tax cheating, would mean that we had come no closer to producing a Code that allowed us to judge for ourselves what share of the tax burden we are paying and, also—just as important— whether it is our fair share.